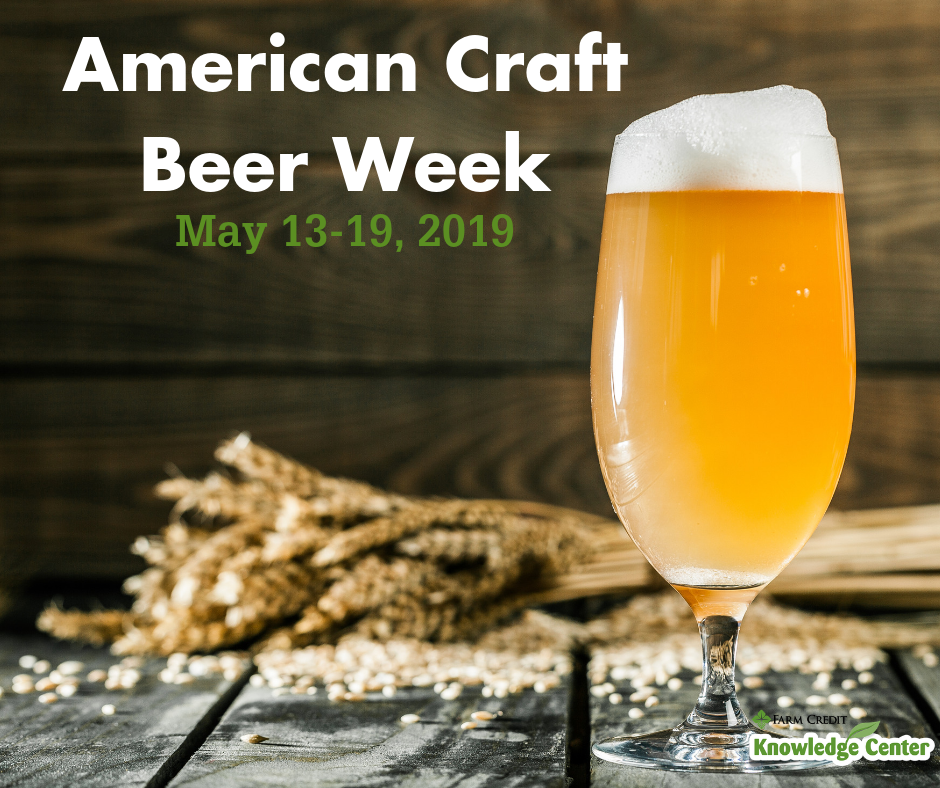 So what is a craft brewer?  According to Brewers Association for Small and Independent Craft Brewers, an American craft brewer is:

So what does that have to do with agriculture?  Everything!  Those traditional and non-traditional ingredients?  You guessed it….agriculture.  The foundation of beer is a combination of malt, hops, yeast and water.  Malt is made from cereals grains (usually barley) that is partially germinated and then killed or roasted.  This is combined with hops (of which there are many different varieties), yeast (again, many different varieties) and water.  Those interesting and/or nontraditional ingredients? They can be anything from coffee to chocolate, raspberries, cherries, grapefruit, oranges and more!  Each of these products helps to create unique beers for a variety of different tastes.  (P.S. IPA is still the most popular style of craft beer, but session types are growing in popularity as well).

Want to learn more about craft beers and brewers for American Craft Beer Week?  Check out https://www.craftbeer.com/ and https://www.brewersassociation.org/